I have tried using Silicone moulds for baking cakes before and not had much success. It’s no secret that silicone and I are not best of friends. That is, until my Twitter friend Jackie Heaton aka The Baking Nanna gave me some hints and tips and persuaded me to give it another go and I’m glad I did.

I think these Giant Doughnuts make a great Birthday cake With a difference and an ideal centrepiece on any table. 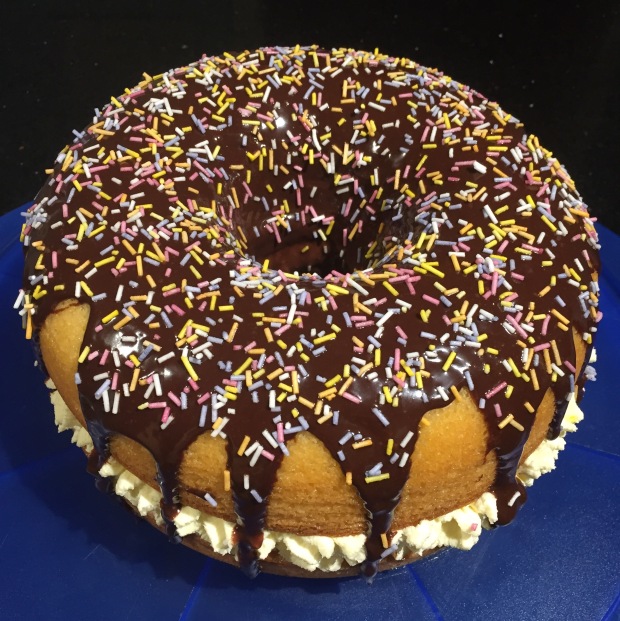 Jackie was even good enough to share her recipe. So I took myself off to Lakeland to Purchase the required silicone Doughnut Mould These are been sold off for £2:49 as they are going to be discontinued, so grab one before they’re all gone, if this type of novelty bake interest you.

The box contains 3 parts, top / bottom and lid which can be used To create a dip in the doughnut for a deep filling or Just left off (my preference).

Grease each half of the Doughnut moulds well, all you need to use to grease them is Stork Margarine. there is No Need to dust the moulds with flour. (I think this is where I’ve gone wrong in the past)

For the topping on my Doughnut, I used a Ganache of  1:1 proportion

These are also a good way to get children involved in the kitchen. once baked and filled, let your children help decorate them with you. 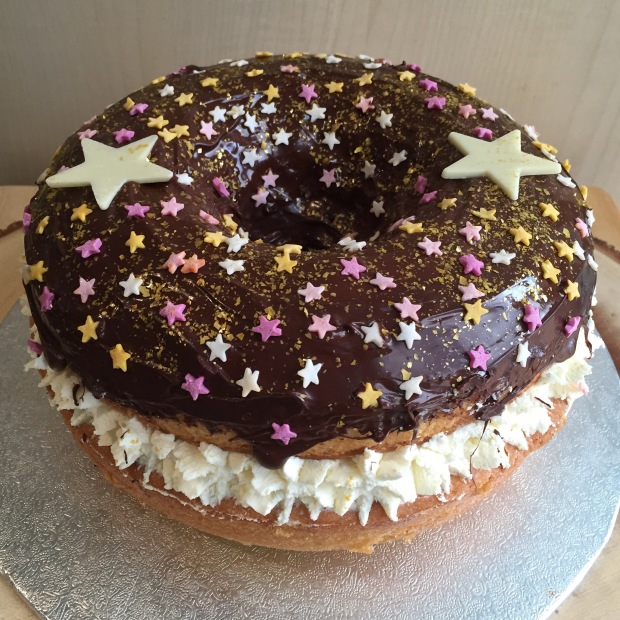